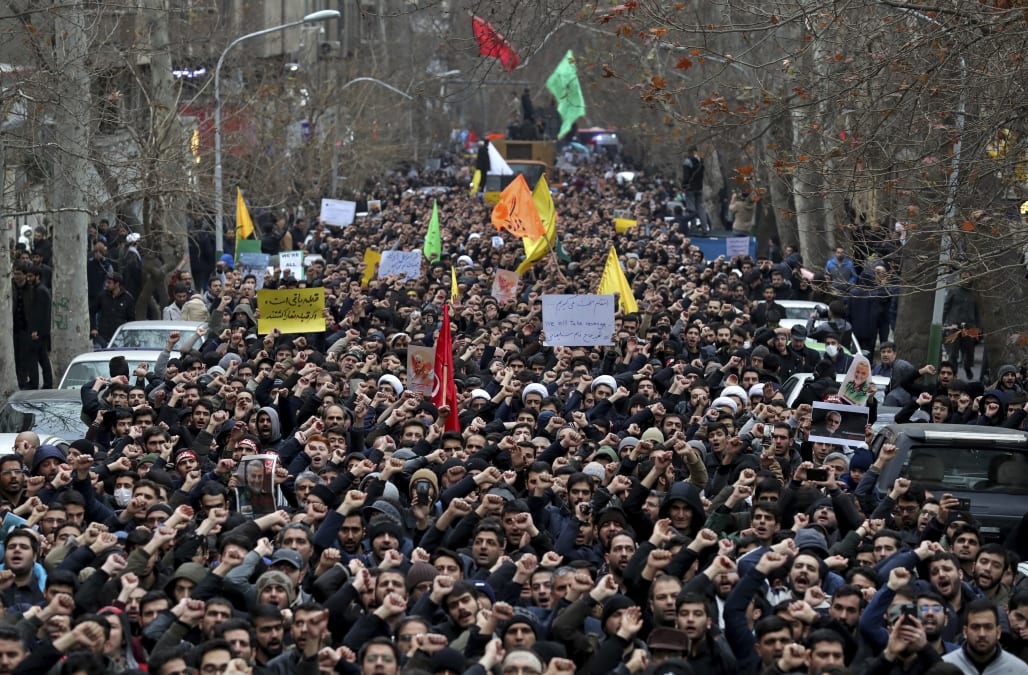 “Iraq’s Parliament called for the expulsion of U.S. troops from the country Sunday in reaction to the American drone attack that killed a top Iranian general.

Lawmakers approved a resolution asking the Iraqi government to end the agreement under which Washington sent forces to Iraq more than four years ago to help in the fight against the Islamic State group. A pullout of the estimated 5,200 U.S. troops could cripple the fight against ISIS and allow its resurgence.

The majority of about 180 legislators present in Parliament voted in favor of the resolution. It was backed by most Shiite members of parliament, who hold a majority of seats. Many Sunni and Kurdish legislators did not show up for the session, apparently because they oppose abolishing the deal.”

Look at what diversity and multiculturalism does to Iraq.

Evil forces that desire to conquer the USA have been engaged in a decades-long effort to force diversity and multiculturalism upon the USA. Those evil tyrannical forces have control over many corporations that, in turn, control entertainment, advertising, media and other propaganda spewing entities and their wealth gives them access to politicians and bureaucrats who will sell themselves out as traitors to assist the New World Order one-world government cause desired by those intent upon destroying not only the USA but all of Western civilization.

This site uses Akismet to reduce spam. Learn how your comment data is processed.